EPCOT is filled with details that allow guests to escape reality and take a wander through a theme park that spans over 300 acres! From attractions designed to make you think to experiences that will grow your understanding of the world…this is a Disney Park that will really open your eyes to the skill of Disney Imagineering.

After you’ve finished with Test Track, you’ll head down the ramp and through the showcase area…and located just around the corner is a hidden gem that I can’t get enough of! Scan your MagicBand on the dashboard and your pre-designed car will be placed in the middle of a video game, along with all the traits that you focused on prior to hitting the SimTrack. Pretty cool eh?

The pinnacle of Hidden Gems at any Disney theme park are the things in plain sight that you’ve got questions about. Club 33 is one of those experiences that when you’re in the “know” – you’ll understand!

There are 11,324 individual triangles that make up the geodesic sphere that we all mistake for a giant golf ball!

WEEBO IS IN THE IMAGINATION PAVILION

If you remember Flubber, one of Robin William’s greatest movies (in my personal opinion), you’ll want to know that his invention Weebo is actually on display in the queue line of Journey into Imagination with Figment! It’s worth heading through the line just to see this classic character, who by the way, was voiced by Jodi Benson!

Related Article – Top EPCOT Attractions to do BEFORE 10am

Living with the Land

Seas with Nemo and Friends

Hope that you had fun with this introduction to the Hidden Gems of EPCOT!

Remember that any Disney theme park around the world is filled with nods, hat tips and full-out homages to anything that the Imagineers want to include. It’s part of the reason why Disney fans have so much fun finding something new to share with their friends!

Just a note that I’ll be keeping this article updated as best as possible, but just remember that all the parks at Walt Disney World are undergoing an expansion projects and things change and evolve. This is completely true for EPCOT:)

If there’s something I should add to this list, please let me know! I’m always adding things to articles:) 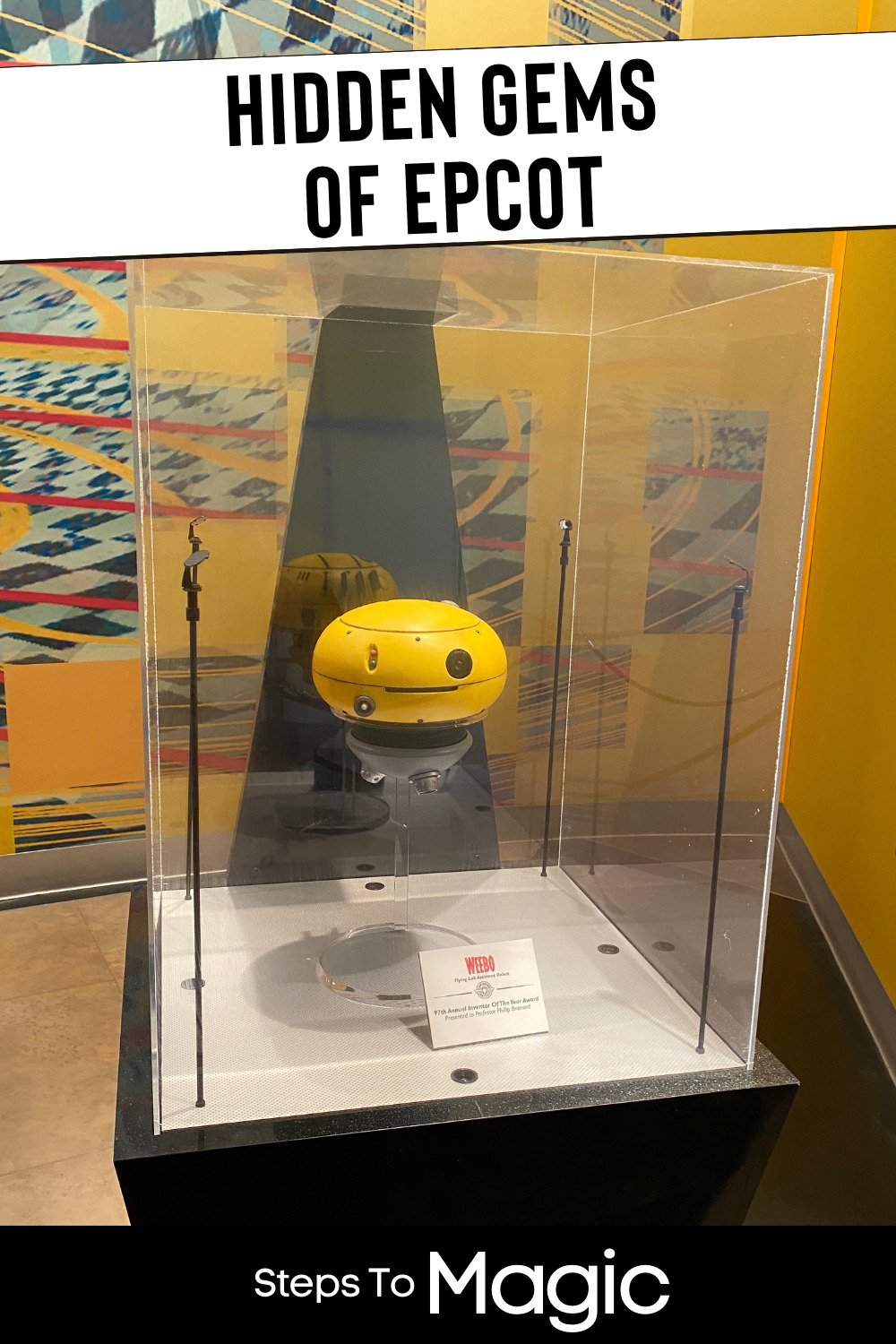 Disney Souvenirs that Expire when you get Home

5 Attractions to Skip in the Magic Kingdom

Top Tips Before You Go To EPCOT