How To Never Wait in Line at Walt Disney World

There are Books, Apps and VIP Tours designed to keep you out of lines. What actually works?

Let’s start at the beginning. Walt Disney World is a busy place! There are thousands of guests from all around the globe coming together for one magical day at the resort which is larger than double the size of Manhattan. It’s crazy to think about the sheer volume of folks, so how do you avoid being just another lamb in the herd?

How To Never Wait in Line at Walt Disney World

Ok, so right off the top…that heading is deceiving because even with the best strategies and impeccable luck, you’ll still be forced to stand in a line. It’s unavoidable, so let’s re-write the title a little bit in order to make it more factual.

By far and away the easiest way to get ahead of the crowds is to use (and abuse) the Genie + system, which gives the best chance to save time by reserving your spot in a future line with a paid membership.

This only works in theme parks with a large amount of attractions that interest you and your party – basically the Magic Kingdom. It could have benefits for EPCOT and Disney’s Animal Kingdom, if you are park hopping, but it Disney Genie + may not be worth the $15 per day per guest.

If you are staying at a Disney Resort, you’ll be able to take advantage of early entry – a perk that gives you an extra 30-minute head start on the rest of the guests that are at the parks that day. It may be “included” as a perk, but remember that you’re paying for it as part of the expense of staying on property.

Magic Kingdom: You’ll be able to bang out Peter Pan’s Flight, Space Mountain, Buzz Lightyear and Journey Under the Sea with the Little Mermaid before the park opens to the regular guests. It’s definitely worth it!

EPCOT: We’ve had hit-or-miss mornings at EPCOT, but as every vacation is unique, that’s not shocking at all.

DAK : We usually skip early entry at the Animal Kingdom because an individual Lightning Lane purchase for Flight of Passage may be worth that extra sleep. Plus, it’s usually the day after a Magic Kingdom or EPCOT …so priorities.

DHS: If you want to do two rides on Rise of the Resistance, then this may be your best option. Rope drop the early entry for Rise and then go back in the regular standby line and you should get two before 10am.

I’ve been a fan of creating a touring plan for my Disney World vacations for years, but here’s the problem…so have others;) The best way to set up a plan with today’s crowd levels is to have a checklist and don’t be afraid to walk away if the lines are crazy long.

The number of times that I’ve actually walked out of a line to meet a character or a standby line would dwarf any estimate, and that’s because things happen that are out of your control and it’s not worth wasting time. Why be frustrated when you can just go and get a dole whip?

I LOVE this strategy! Imagine walking up to a quick service restaurant and seeing just a crowd of people without a set line. Well, if you know that each cash register has a left & right side, then you’re able to go ‘against the grain’ and get your order quicker. It’s amazing how many people will just stand in a line without actually knowing what it’s there for.

I use this strategy for everything from getting into the turnstiles in the morning, attractions that have an open pre-show room (like Dinosaur) and definitely quick service locations like Cosmic Rays!

If you go to the Magic Kingdom on a day that’s scheduled to have a Mickey’s Not so Scary Halloween Party, there’s a strategy that may involve you going to the park between 12-4pm and then going to another park for the evening. This is called “playing the odds”, because with party guests not wanting to burn through a regular day ticket when they have already purchased an extra-ticketed event pass…they won’t be showing up until at least 4pm.

This is also a plan for going to a park that ISN’T hosting an Extra Magic Hour morning, because most of the resort guests will be at another park for their perk…so you’ll be seeing less crowds at the other three parks to start with. I’ve been known to go to an EMH at the Magic Kingdom and then leaving on a bus at like 945am for FastPass+ reservations at another park, but I’m weird lol!

Remember that Walt Disney World is a huge piece of property and when folks have planned their once-in-a-lifetime vacation, you have to be flexible in order to stay sane!

This article was designed to show you that there are ways to avoid waiting in lines for your entire trip, but it also has examples of things that may not work forever. As Disney starts to monetize operating hours, you’ll be given the opportunity to purchase time in a park with fewer and fewer folks. Always check out the official Disney World calendar to see if there are special events that you can take advantage of.

Thanks for visiting, and I really hope that this was a help in your vacation planning! 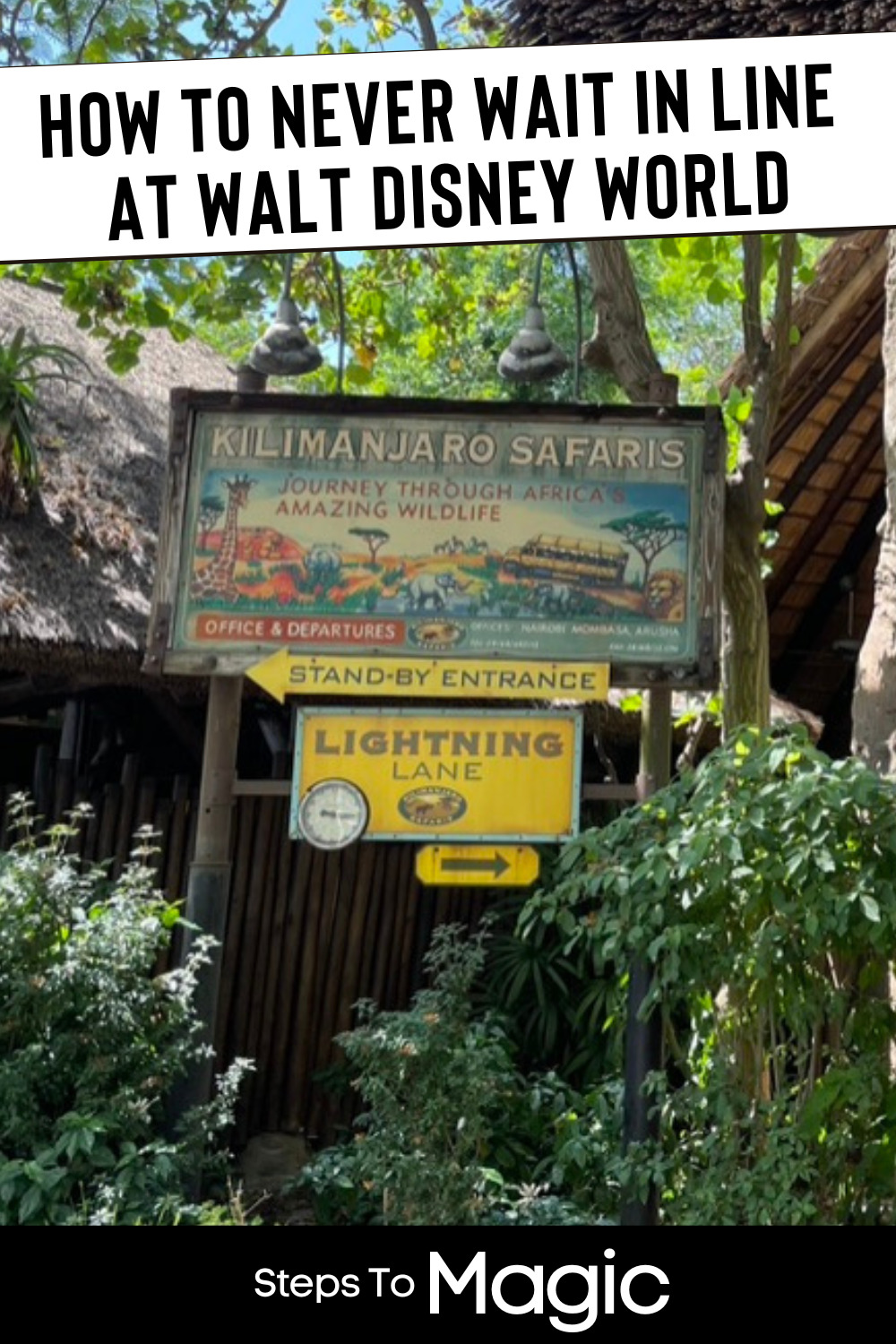 What To Do When You’re Bored at Disney World

Staples of a Disney World Diet

Tips for Meeting up with Friends while on a Disney Vacation

Let's set the scene. You're planning a trip to Disney World and one of your friends sends you a message to let you know that they'll be there at the same time. What do you do?

Disney Resorts are full of secrets and tips that will make your stay even more magical, and one of the biggest tips that we...

When it's raining outside, you may be thinking about ways to stay dry and still be entertained. From experiences that are inside to attractions...

Top 10 Things Cast Members do on their Days Off

What do Cast Members do on their days off? Well it's more complicated than you could really imagine, as there are over 60,000 cast...

The Best Places to Buy Unique Gifts in Disney World

The best places to buy unique gifts in Disney World may bring you more than a basic shirt selection or things that you can...

Trending on Steps to Magic

Let's be honest...the Jungle Cruise is so much more than a boat ride. Each trip around the river is completely unique due to the personality and story-telling ability of the Skipper.

We've had quite a few curious, exciting and puzzling experiences in our visits to Disney World. Here are our top 10 things we will never do again at Disney World.

ADRs, or Disney advance dining reservations, are one of the many steps to a successful and fun trip to Walt Disney World. Without them, you're stuck wandering around and stressing out over where you could actually eat. This is incredibly important during busier times, like every month from January through until December :)

Every vacation provides an opportunity to add more souvenirs to your collection. From shirts to keepsakes and anything else you can fit in the suitcase!