We find ourselves in an ever-changing environment at Walt Disney World, where everything is evolving due to technology and dynamic trends. From attractions to experiences, the idea of going back in time just isn’t possible when you want to relive the glory days.

This is never more evident than souvenirs and merchandise!

Just a quick note, because this may be a fun topic for some but will be an eye-opener for others. Be prepared to have expectations in mind when you’re planning your next vacation, because there are things that you shouldn’t try to find and others that you should bring down with you!

When Vinylmation was introduced in July of 2008, my interest was at an all-time high because I was in the home stretch of my initial contract at Walt Disney World and wanted to see what  was next for my career. In the time between leaving WDW and starting at ShopDisney, things had changed for this part of the company.

Being sold as secret or sealed products, guests were purchasing something that they didn’t know the exact character or design until they opened it. If it was a character they didn’t want, Disney facilitated a trading program…similar to Disney Pins, where stores and locations were given traders to increase interaction.

2015 was the year that everything changed, when Disney actually pulled their official trading program. In fact, actually finding Vinylmation series in the parks or Disney Stores are incredibly random.

I still hold out hope that Vinylmation will make a comeback, but in the meantime…don’t pack your traders with you in the suitcase!

One of these days, I’ll find a trade for my Phil from Hercules that’s sitting on my shelf.

Back in the day, before the My Disney Experience app…we used to get FastPass tickets by walking to the attraction in the morning and inserting your park ticket into a machine and getting a printed card with your return time.

Wait…before I continue with this, I should explain something.

Pardon me for jumping to the end of the story without creating a scene.

Before bringing technology into the parks to the level that it is right now, you had to purchase a park ticket which would be loaded with a number of days. When you got through the turnstiles, it was used for various experiences in the park, but not at the same level of dependancy as you have now.

Paper tickets were part of the scrapbooking process because the designs were always evolving and changing! Great souvenir, especially since you had to have it and once the days were used…why throw it away?

BACK TO FASTPASS TICKETS

With every major attraction at Walt Disney World being on the system, you were able to get a really fun and unique free souvenir when you wanted to remember your time on an attraction.

I remember going around to attractions that I knew that we didn’t want to actually use our reservation just to get a ticket as something for a scrapbook. Because my home park was EPCOT, the number of Soarin’ and Test Track tickets I had was epic!

You’re still able to get these tickets when you’re getting a Rider Switch or when an attraction goes down and they’re giving out re-entry passes for other experiences.

Prior to the current style of MagicBand, the design and functionality (and lifespan) of the original concept was different enough that it belongs on this list. Were you one of the folks who bought V1 of the MagicBand?

From DVDs to CDs and everything that involves playing music or video on an external device…those are all so outdated that there’s only a small smattering of these items left in the parks for purchase.

For those of us who would buy soundtracks for Magic Kingdom parades and nighttime spectaculars to remember the magic when we got home…well those days are long behind us. Looks like my collection of cds and dvds aren’t really worth anything now that we’ve got YouTube!

I’ll be updating this article as things become obsolete, but it was fun to go back in time and rediscover some of my old souvenirs! Is there something that you used to collect that just isn’t available anymore due to the evolving trends? Let me know over on our Facebook Page! 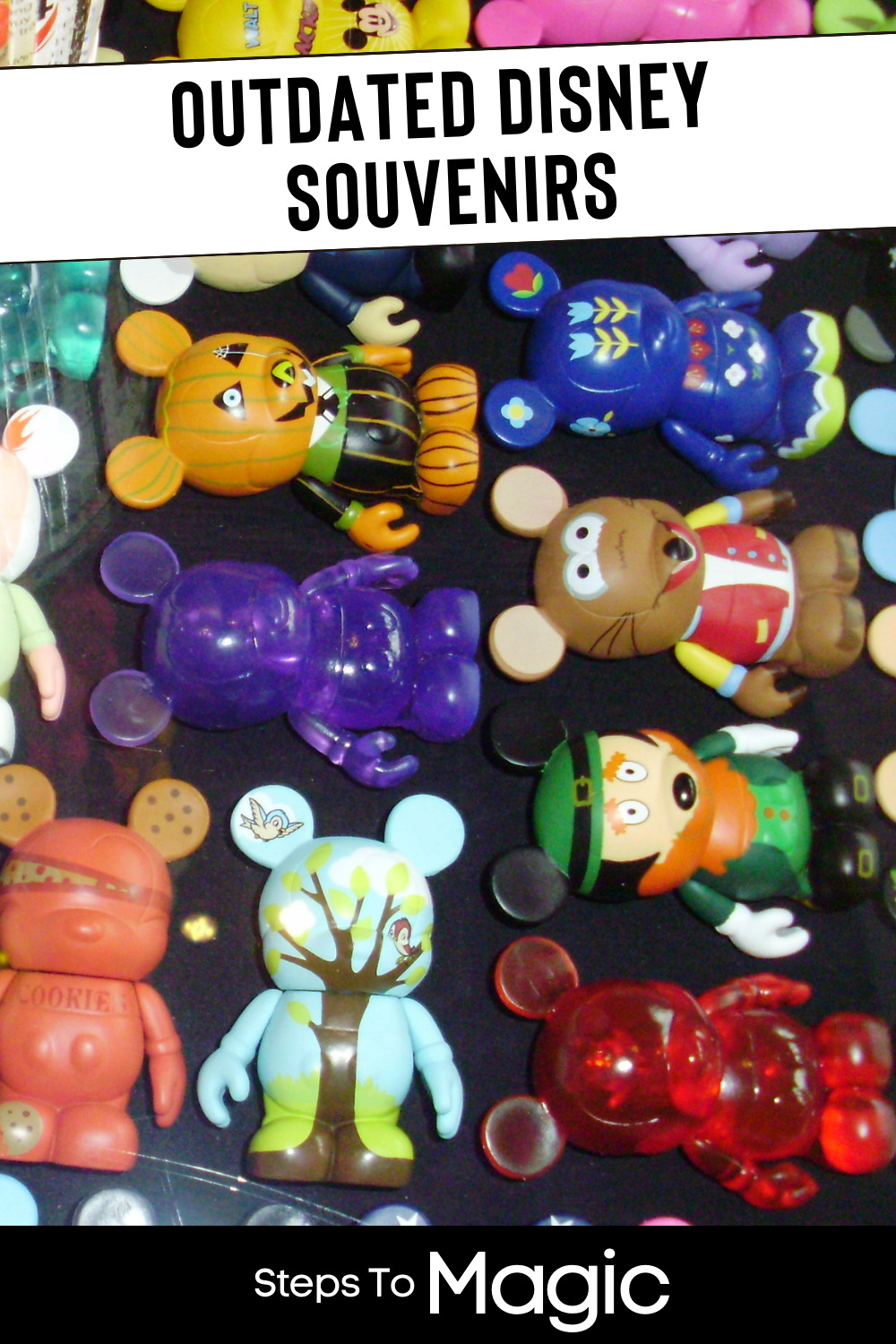 Top 10 Things To Do at Disney Hollywood Studios

How Sorcerers of the Magic Kingdom Works

3 tips to score a Be Our Guest Reservation

Things You Have To Do On Your First Trip to EPCOT