Disney World after dark is a completely different and unique experience. A lot of the planning focuses around attractions and nighttime spectaculars (like fireworks), but this article will aim to introduce you to the pros and cons for Disney parks when the sun goes down.

…IS THE MAGIC KINGDOM

Big Thunder Mountain, Seven Dwarfs Mine Train, Splash Mountain, Jungle Cruise and even the Swiss Family Treehouse all have extra evening enhancements. Strategically placed lighting mixed with the lighter crowds will make your rides that much more cooler!

The best time to get your photo with the lantern from Tangled is definitely after dark. It’s worth standing in that huge line to get the opportunity because it’ll 100% become your Facebook cover photo!

Imagine sitting in front of Cinderella Castle at midnight as the Kiss Goodnight starts to play…because that’s a situation that has literally brought tears to my eyes!

Magic Kingdom is by far the busiest park, so because of that, there are extended hours that can actually take you to 3am, or midnight on select nights for the general public.

It’s awesome to think that you can go and see the fireworks at EPCOT and then hop back over to MK for a couple hours of wandering and walking on attractions, like the Haunted Mansion and Buzz Lightyear Space Ranger Spin.

ADDITIONAL POINTS FOR THE MAGIC KINGDOM

PROS AND CONS FOR EPCOT

Disney World after dark is awesome, so although there are preferences to which park I’d like to be in at night…the real reason why I wrote this article was to share that any of the parks at Disney World are worth checking out. 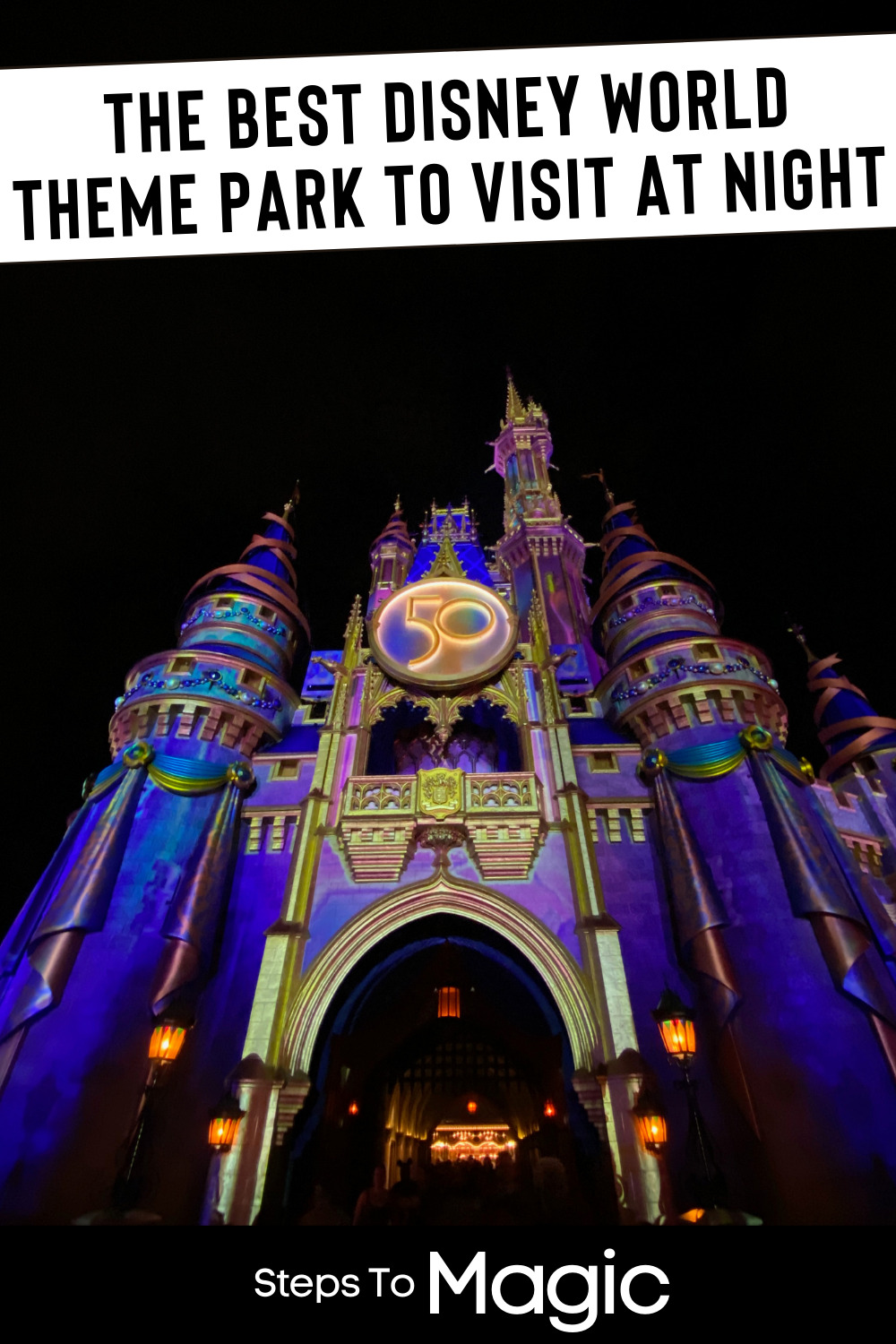 Top Things To Do at Pandora The World of Avatar

Fun Facts about New Fantasyland in the Magic Kingdom

Where to Avoid Crowds in the Magic Kingdom