The Best Art of Disney Store in Walt Disney World

We love the Art of Disney! In fact, some of the best shops on Walt Disney World property are these hidden gems filled themselves with hidden gems for any Disney fan to enjoy! The Disney Springs official website states this about the stores:

“Prepare to be wowed by the dazzling works of art that inhabit this shop—from beautifully framed prints to figurines to souvenir postcards. Plus, renowned Disney artists often make special appearances and sign their pieces.”

Art of Disney is actually a brand of stores that are more of a showcase than a full-fledged retail environment. There is a store at every park and one at Disney Springs, so finding something awesome is all about knowing where to go, and which locations are better than the others (because there is a long way in between the best and the “needs improvement” on this list)

Starting from the Worst to the Best

Why is the Art of Disney @ Disney’s Animal Kingdom at the bottom?

Well it’s because it currently doesn’t have a permanent home. Yes, they have it set up in the Mombasa Marketplace, but unlike all of the other locations, the DAK version just isn’t as built up as a brand. They have a few options with cool park art, but outside of that, there’s no real identity (yet). Give it time:)

Ok, so the location was at the Animation Gallery, which is no longer there. So why does it even place on the list? 100% because it was such a great location and will always have a spot in my heart. The artists were incredible, the hidden gems around the shop were always evolving and the location itself was a prime spot within the Animation Courtyard…which gave it nostalgic feelings.

When the Art of Disney comes back to DHS in a full capacity (instead of a pop-up shop in the Muppets Courtyard), we’re expecting huge things based on the previous incarnation.

This is a tough one, as the original location for The Art of Disney was on Main Street USA – but it’s been shifted over to a temporary store that sells classic Walt Disney World merchandise.

If/when the relocation is swapped, then the Magic Kingdom will return to the top of the list. Until then, it’s one of the worst locations due to the layout of Bonjour Gifts – and it’s not a dig at the store, but more about the amount of merchandise that wasn’t able to follow.

The original store was packed with original art, prints, hand-drawn animation cells, books and so much more.

You don’t get that in New Fantasyland.

EPCOT’s Art of the Disney store will be part of the redevelopment, so with the location being relocated to the American Adventure in the World Showcase, it’ll be awesome to see what’s next!

Although this is the smallest currently operating location, it’s still alive n kicking…which means that you should go and check it out the next time you’re in the park. Currently located right beside Spaceship Earth, this location boasts a large amount of big-figs (the figurines that most people buy for their offices and shelving units) and a lot of hidden gems that allow you to take EPCOT home with you.

The cast members are also very knowledgeable about everything parks-related, so stopping in and having a conversation would be a highlight of the day. Oh, and it’s air-conditioned….

I would be lying if I didn’t tell you that this is one of my favourite shops on property…because it is. I’ve bought a number of prints, an assortment of books and had a few memorable interactions with artists and friends within the Disney community at this location.

I won’t spoil the magic, but this is by far the best store at Disney Springs!

Related Article – Best Things to Buy at the Art of Disney

Did we get the list right? Have you bought stuff at the Art of Disney and want to brag a lil? Let us know through Social Media @StepsToMagic 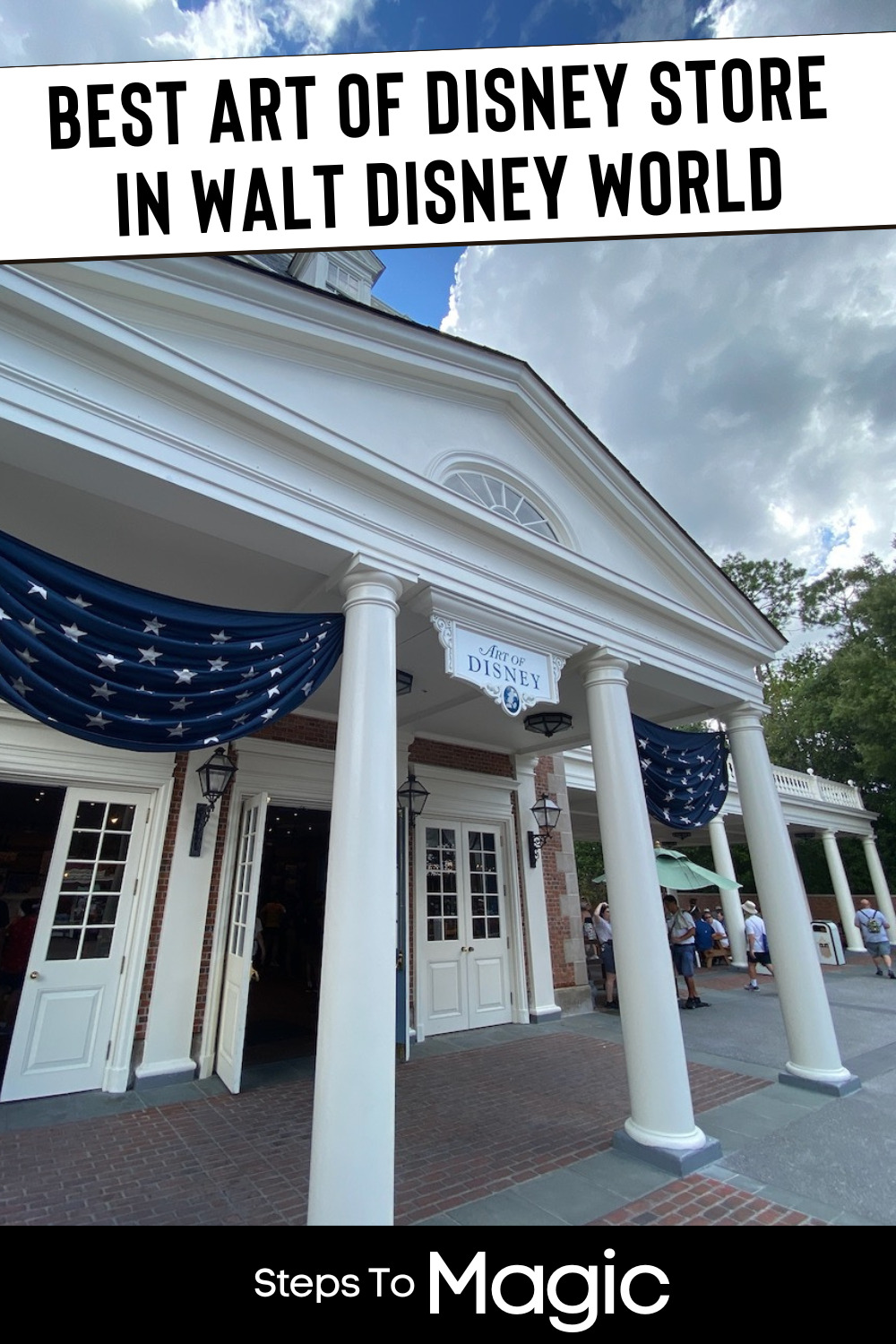 Fun Facts about New Fantasyland in the Magic Kingdom

Where to Avoid Crowds in the Magic Kingdom

How To Drink Around the World at EPCOT

Things You Have To Do On Your First Trip to EPCOT

Top Things to do in EPCOT without a FastPass+ Reservation