Who are the Stitch’s of Hollywood Studios

Back in 2017, the merchandise team at Disney’s Hollywood Studios put together a program that is still amazing guests (and cast members) in addition to showcasing the power of social media.

When visiting the park in 2022, most of the Stitch’s of Hollywood have been “retired”. This is due to a number of factors, but my goal is to keep this article up as a reminder of this once amazing part of the Disney World merchandise story.

The final remaining Stitch is #JEDISTITCH at Tatooine Traders

Stitch was introduced to the shops of some of the most popular attractions in the Studios, with a fun twist. He had an official Walt Disney World nametag with a name that included a hashtag, which allowed guests to share on Facebook, Instagram and Twitter.

This was a fun addition to a park that’s still finding it’s identity after a heavy overhaul, with the addition of Toy Story Land, Star Wars Galaxy Outpost and Mickey & Minnie’s Runaway Railway.

STITCH CAN BE FOUND IN THE FOLLOWING GIFT SHOPS

#ROCKERSTITCH is at Rock Around the Shop
#BELLHOPSTITCH is in Tower Hotel Gifts
#JEDISTITCH is at Tatooine Traders
#INDYSTITCH is at the Indiana Jones Adventure Outpost
#SORCERERSTITCH wanders throughout the line for Fantasmic
#PHOTOPASSSTITCH seems to hang out in the Darkroom, but he’s more of a hidden gem!
In the Holiday season, #SantaStitch can be found at the Santa meet and greet outside of Once Upon a Time

HERE’S THE FUN PART ABOUT THE STITCH’S OF HOLLYWOOD…

It’s an inside joke! It’s 100% designed for people to discover the fun within the stores and to share their memories with friends and followers. Most of the cast members at Walt Disney World don’t know about this…so let’s just keep this between us ok?

If you found any of the plush characters in the stores, share it with us with the hashtag #StitchOfHollywood 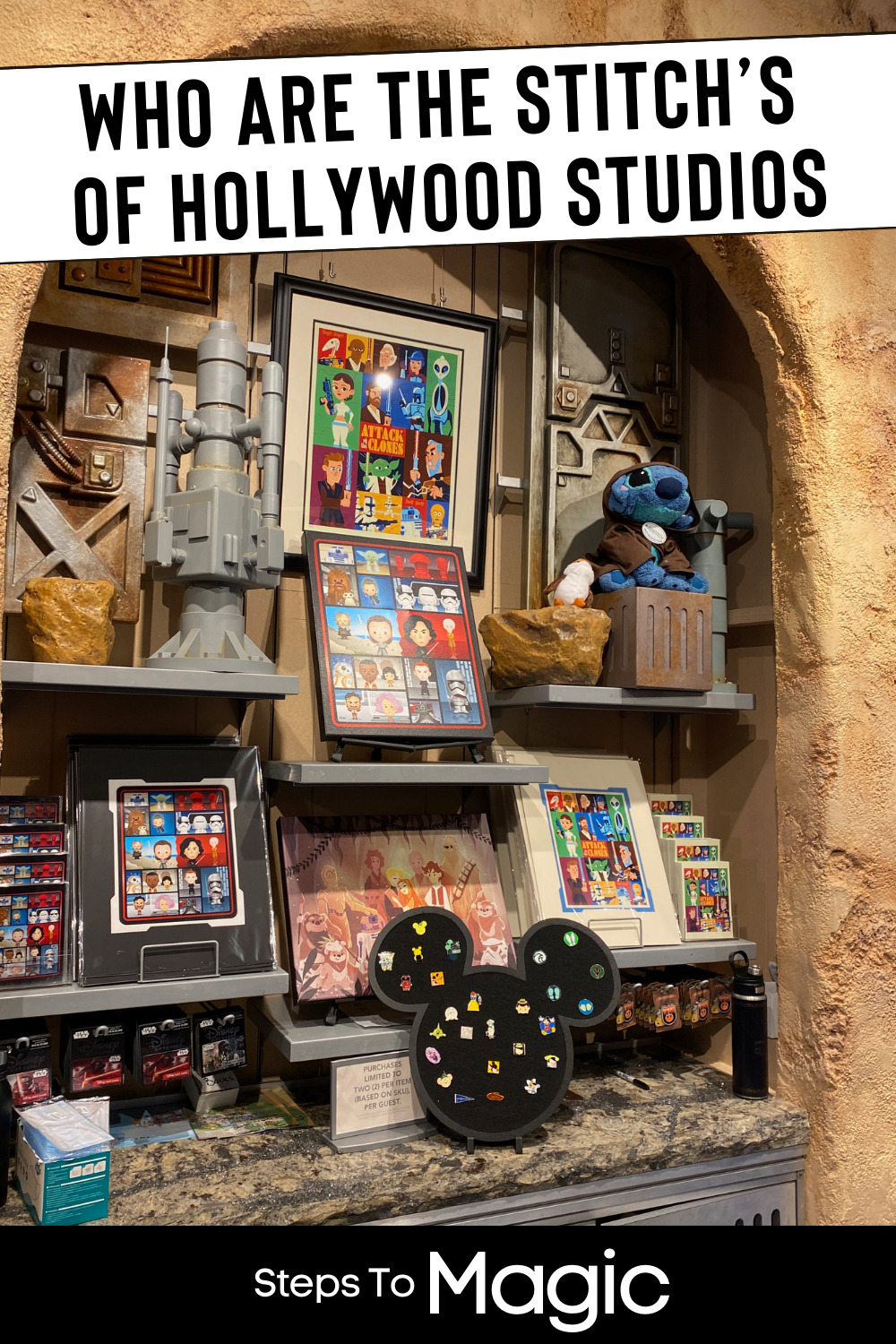 Disney World Attractions That Are Showing Their Age

The Hottest Restaurants at Disney Springs

Snacks to get in the Magic Kingdom