How to get Starbucks at Walt Disney World

Ever since Disney and Starbucks came together in a marriage made in an iced grande triple shot vanilla 2% extra whip extra caramel drizzle caramel macchiato, the game has changed so much!

I was thinking about the right way to introduce you into the ways that Starbucks has infiltrated the Disney universe, but the easiest way is to answer a few questions.

WHERE CAN YOU FIND STARBUCKS IN THE PARKS?

Four Walt Disney World Theme Parks have at least one location, while Disney Springs has two (Marketplace and West Side)

ARE THEY STAFFED BY STARBUCKS OR DISNEY CAST MEMBERS?

Disney has teamed with Starbucks to provide additional training to the Disney Cast Members that operate the locations.

IS THE FULL STARBUCKS MENU AVAILABLE?

Absolutely! In fact, every so often you can get specialty drinks that are exclusive to Disney property. We’ve seen everything, including the “Dark Side Frappuccino”, which is basically an Espresso Frap with Mocha Sauce blended, topped with chocolate whipped cream and mocha drizzle atop!

CAN THE DISNEY DINING PLAN BE USED?

YES! All beverages and snacks are eligible to be a “Snack credit”, with the DDP symbol on the menu stating what’s available. You can also use a Quick Service Meal credit, but we would suggest using that elsewhere.

DO MY PURCHASES COLLECT MY STARBUCKS REWARD POINTS?

This is a changing element, as we initially were able to use a reward in the locations in the parks, but this last time I wanted to use a reward, I was told that the only stores that could accommodate them are the Corporate stores at Disney Springs.

Currently, you’re able to use your app to pay and accumulate stars and rewards…but are unable to actually redeem them outside of the locations at Disney Springs.

FREE DRINK ON YOUR BIRTHDAY WITH MY STARBUCKS REWARDS SIGN-UP

Remember to sign up for the My Starbucks Rewards program at least 30 days before your big day, as you can get a FREE drink on your birthday! There’s nothing cooler than using your birthday reward while at Walt Disney World!!

CAN I PAY WITH STARBUCKS GIFT CARDS?

CAN I USE MY MOBILE APP?

All locations allow you to use your app to pay, collect points and redeem Rewards. If you’re coming in from Canada, for example, you can use your Starbucks Canada App without issues.

“YOU ARE HERE” THEME PARK EXCLUSIVE

The Starbucks company has become a partner in creating unique and special mugs themed around the “You Are Here” program, including designs from each individual theme park. Collect them all!!

The locations don’t have the space to accommodate for tables, however they are situated with plenty of benches within moments of leaving the store. The only store with seating is at Disney Springs West Side

SHOULD WE KNOW ANYTHING ELSE?

Have fun with the name that you give the Barista. As long as you know what drink is yours…it’s a great game! I’ve seen “Bob Iger”, “Michael Eisner”, “Push the Trashcan” and “Figment” used plenty of times:)

Starbucks is available at three locations within the Universal Orlando Resort:

Did we miss anything? Want to share your specialty secret Frapuccino recipe? Share it below in the comments! 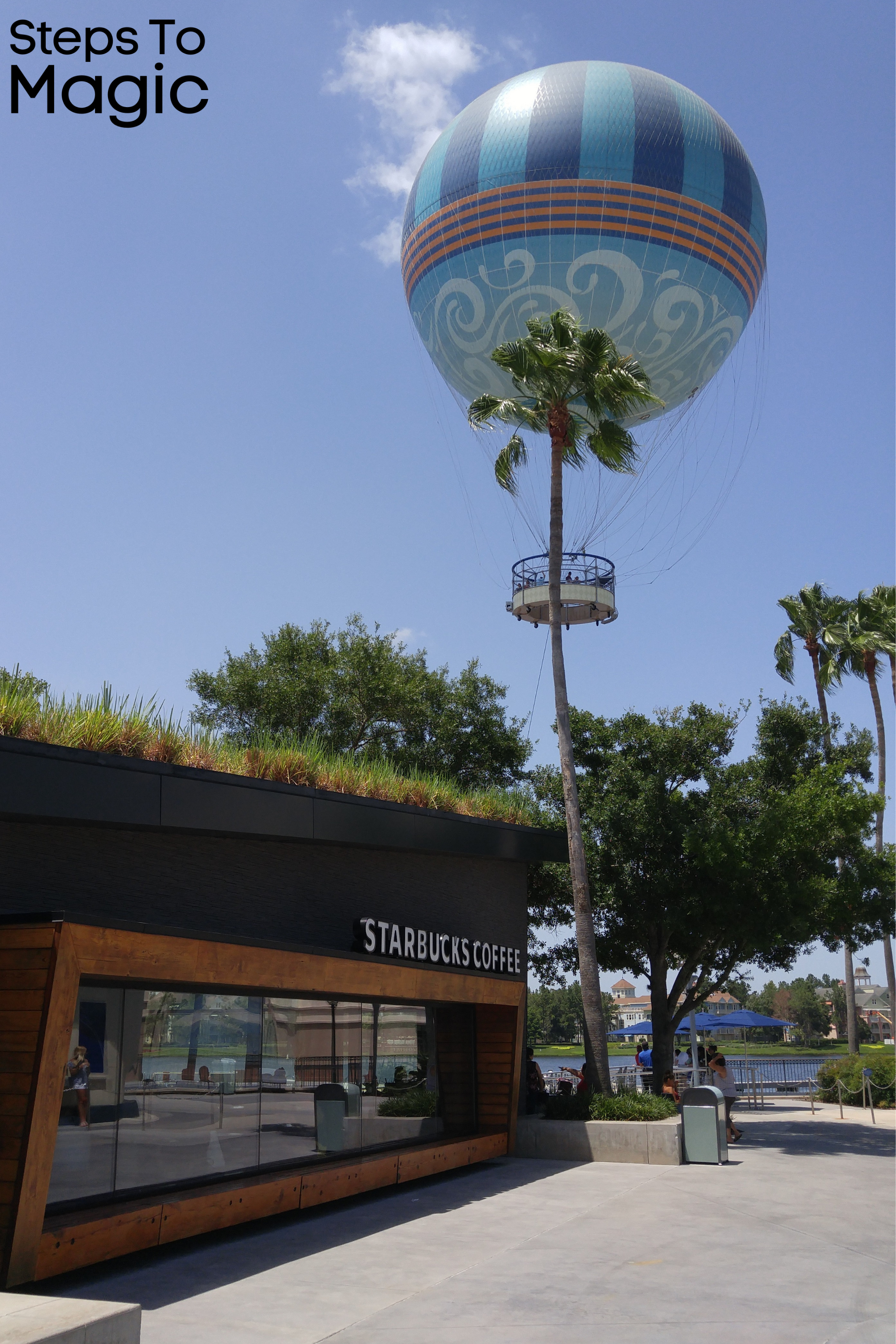 5 Attractions to Skip in the Magic Kingdom

Hidden Pascals at the Magic Kingdom