The idea of creating the most memorable and incredible vacation to Disney World exists within the minds of folks who may not know the sheer size and scope of the decisions that are made before, during and after a trip.

There are times that you may end up wishing that you turned left instead of right, chosen a different meal option or even had a decision made for you…like an attraction going down or a restaurant running out of a specific ingredient.

This article is about things that we’ve done during past trips that were preventable.

During one of our vacations, we were completely exhausted on day two due the travel fatigue and having too much pent up excitement. This meant that after our morning Extra Magic Hours and a few hours at Magic Kingdom, we decided to head back to Pop Century for a quick shower and change before going BACK out for lunch at Art of Animation.

We didn’t set an alarm and slept through lunch.

This created a domino effect, which in turn made us have a really late lunch before having an early dinner reservation at Kona Cafe @ the Polynesian. Yea, that didn’t work well at all!

NOT BUYING A SET OF MICKEY EARS

Ok, so this is a lesson we learned in order to share with you! We found a pair of Belle ears and didn’t buy them…thinking that they were common. They were not! We spent the next few days trying to find them in (what seemed like) every store on property.

In the end, our recommendation is to buy what you want when you see it!

STAYING AT A RESORT FOR PURELY FINANCIAL DECISIONS

It’s not a secret that a vacation to Orlando is incredibly expensive, and this isn’t about the difference between going and not going. It’s more about learning from mistakes that I’ve made in the past, which involves two stories:

Overall, do your price shopping and know that there are ways to save money through budgeting and strategically picking your resort. We had a great time at Holiday Inn Disney Springs because the money we saved on location (staying off property), we utilized on mornings and evenings for UBER and other perks.

Although it’s a do-over opportunity, I’ll still probably do it again;)

IF you are planning on getting into MCO Orlando International Airport before 10am, know ahead of time that your hotel room probably won’t be ready until 3 or 4pm.

In addition, you’ll probably be at the pinnacle of stress with various delays and vacation hiccups that will only multiply when you make plans…so if you are going early, just enjoy your arrival day and take things as they come.

WAITING MORE THAN 15-MINUTES FOR A DISNEY BUS

Plain and simple – order an UBER/LYFT and save yourself the stress. We actually waited for more than 45 minutes at the Contemporary after the fireworks at Magic Kingdom because the digital bus schedule wasn’t taking into account traffic. Every couple minutes, the time would bump back another 10 minutes until we finally just decided to order an UBER, which showed up within 3 minutes and we were at the Coca Cola Store within 15 minutes! 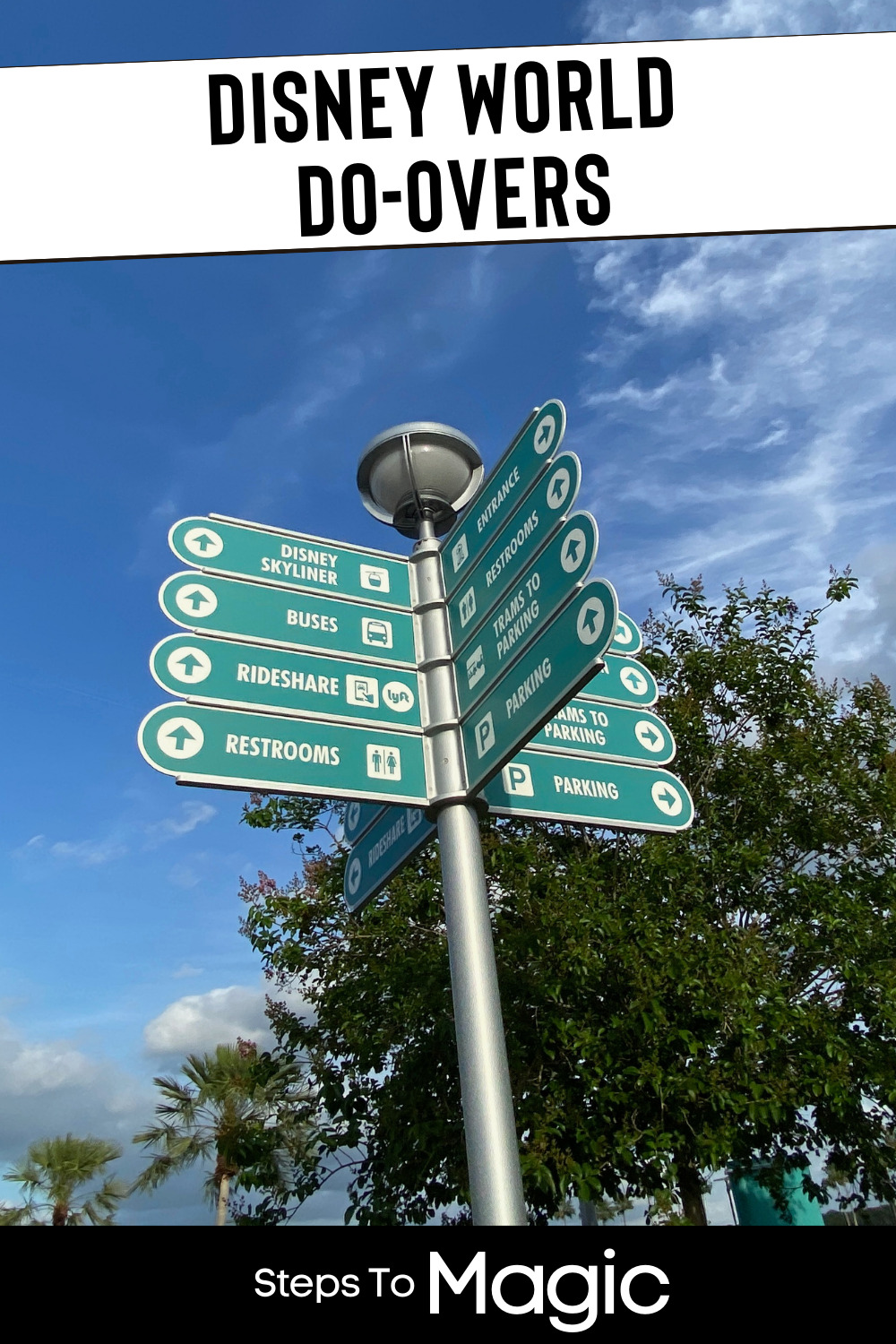 What To Do When You’re Bored at Disney World

Staples of a Disney World Diet

Where You Can Walk in Disney World

Walking at Walt Disney World is do-able, if you know where to you can and can't go.

Walt Disney World is filled with some of the coolest experiences at the theme parks, but did you know that the Disney Springs entertainment...

Pricing Question – Why is my Ten-Year-Old an Adult?

This question is prevalent in forums and through day-to-day interactions with folks looking at planning a trip to Walt Disney World or Universal Orlando; "Why...

Planning a trip to Walt Disney World is daunting, stressful and exhausting...but it's also a ton of fun! Over the years, I've come across...

Disney Shirts You Gotta Have

Official Disney Merch is great, but sometimes you have to look outside the box for some incredibly well-designed fan shirts! Disclaimer: This post contains affiliate...

Trending on Steps to Magic

Let's be honest...the Jungle Cruise is so much more than a boat ride. Each trip around the river is completely unique due to the personality and story-telling ability of the Skipper.

We've had quite a few curious, exciting and puzzling experiences in our visits to Disney World. Here are our top 10 things we will never do again at Disney World.

ADRs, or Disney advance dining reservations, are one of the many steps to a successful and fun trip to Walt Disney World. Without them, you're stuck wandering around and stressing out over where you could actually eat. This is incredibly important during busier times, like every month from January through until December :)

Every vacation provides an opportunity to add more souvenirs to your collection. From shirts to keepsakes and anything else you can fit in the suitcase!