On top of Star Wars Galaxy’s Edge and Toy Story Land, there’s a ton of great experiences to enjoy on your vacation day, but there are a few attractions that stick out like a sore thumb in such an awesome park. This is why we have decided to share with you the 5 attractions to skip.

Does this mean that they are bad? Absolutely not! The list is filled with attractions that we would suggest that you do during very specific times, like rain storms or if there’s no line.

StepsToMagic.com is all about the insider tips, tricks and plans to make your experience within the Orlando area as epic as possible. If we were to say that everything is amazing, then we would have NO credibility.

This is such a fun attraction, unless of course you are deciding on whether or not to use a FastPass+ on it or something else. Basically, you’ll want to do this ride after rope dropping a Toy Story Mania or Slinky Dog Dash and before your morning FastPass+ reservation:)

I know I know! Screen attractions have become the norm when you’re thinking about the next generation of experiences, but this is just a little too far.

Why would you go to a theme park to watch a movie? IF you want air conditioning, just head next door to the Frozen Sing-a-long and watch live performers.

Air conditioning aside, this experience had so much potential – and then it opened.

I’m going to save you 10 minutes right now….

BEAUTY AND THE BEAST LIVE ON STAGE

Oh, did you think that live entertainment wouldn’t show up on this list? You obviously haven’t spent time watching a highly outdated performance at Beauty & The Beast.

I love this movie, but the re-telling of the story in this format just feels so out of place. Outside of the fact that Disney has already staged a successful show on Broadway, but it’s just awkward because of the outdoor setting. Skip!

Story-wise, it makes sense…as Galaxy’s Edge is a different universe without Darth Vader, Chewy and an Art of Disney-style store. My prediction is that the next domino to fall at DHS is this plot of land.

Who wants to dance while on vacation? Outside of the obvious age group, this is by far and away an attraction that you should skip. If you want to dance, may I suggest a TikTok dance party with an awesome background…like the Tower of Terror!

Did we get it right? What attractions would you add to the list? 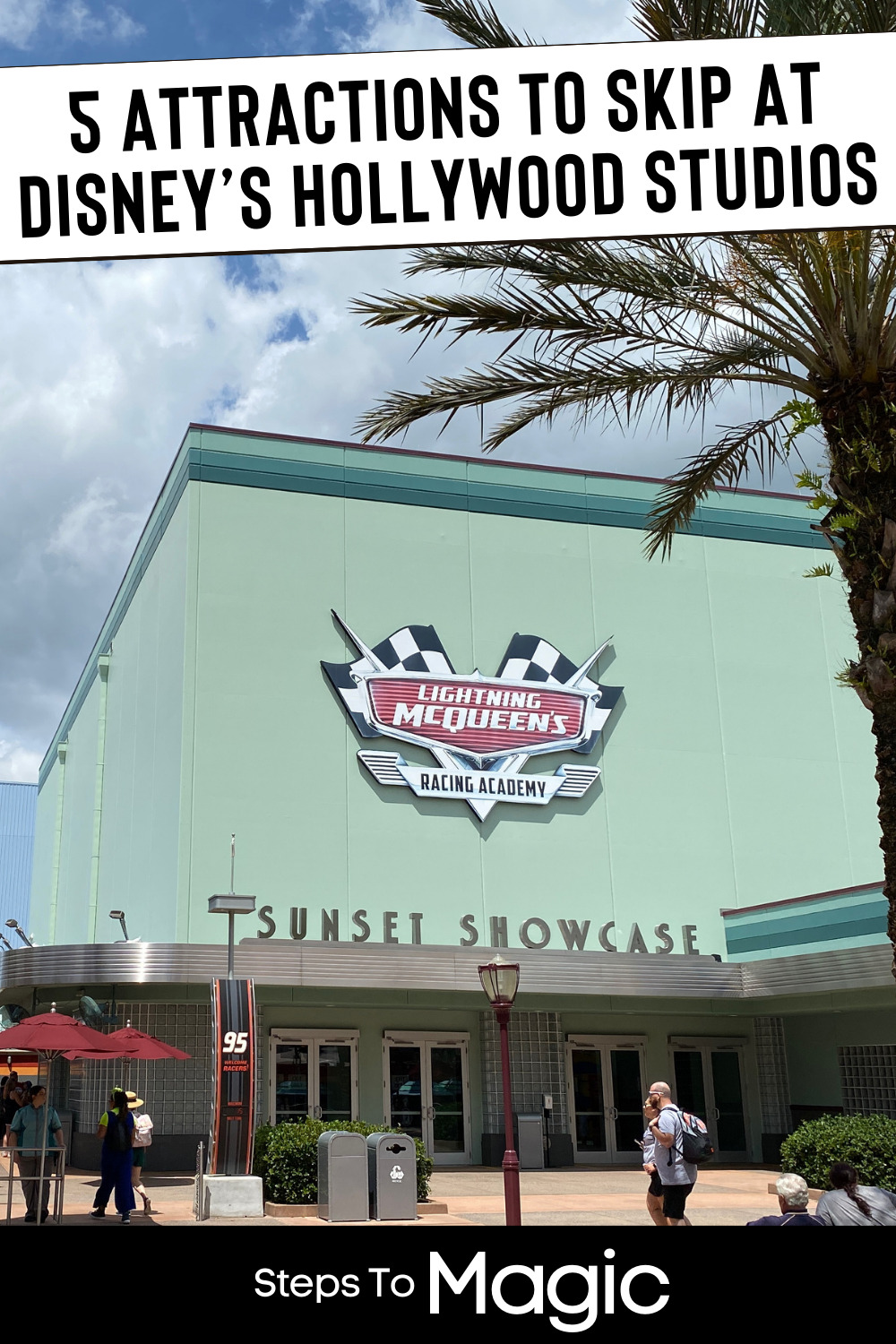 How to Avoid Overpacking for your Disney Vacation

Things We Will Never Do Again at Universal Orlando Resort

Magic Kingdom Attractions That Are Too Scary For Kids

Hidden Gems of the Magic Kingdom

Fun Facts about the Seas with Nemo and Friends