Disney World has changed immensely over the last two years.

After not being at the parks from November 2019, our Spring 2022 was an eye-opener and we’d like to share thoughts and observations for those of you who (like us) hadn’t been down since pre-pandemic.

This may be a longer article, but my goal is to touch on everything that we noticed was different – and then give a quick thought on why it’s important.

With the introduction of Disney Genie+ and Lightning Lane, the previously free attraction reservation system, FastPass+, was retired and changed out for a paid version.

What was free is now not.

This is incredibly evident with stores like the Northwest Mercantile at the Canadian Pavilion, as the CMs are trying their best to make it through the days until the government will allow for Cultural Representatives into the country.

When Disney laid off thousands of Cast Members during the pandemic, it was never going to be easy to replace those roles when the world came back to a state of normalcy.

From the loss of the Cultural Representatives, to the College Program and even the long-term retired population that were seasonal cast during the year – it’s difficult to say this, but the parks just aren’t the same.

There is a distinct lack of merchandise and it’s actually funny to see. When you think about Disney, a multinational billion dollar corporation, not being able to fill the shelves with merchandise – it’s a real problem.

The funny part is seeing old merchandise being put on shelves as part of having something to sell – like when we found “Halloween in May” in the Magic Kingdom and stumbling on a popcorn bucket from Mickey’s Not so Scary Halloween Party.

This is a big one – the entire ticketing structure has changed.

When you put the lack of annual passes along with park ticket reservations and huge increases in prices…it’s not a good time to think about the budget.

So this wasn’t a huge loss for us personally, as we had jumped to UBER years ago for our reliable transportation from the Orlando International Airport to the Resorts/Theme Parks.

But as we discussed before – what was once included in your Disney Resort fee is now an extra charge with Mears Connect. Still not worth it.

The lack of the “Disney Feeling”, as everything is just more awkward and not as magical as it was pre-pandemic. The real world has definitely entered the place that so many of us called our “escape from reality”. 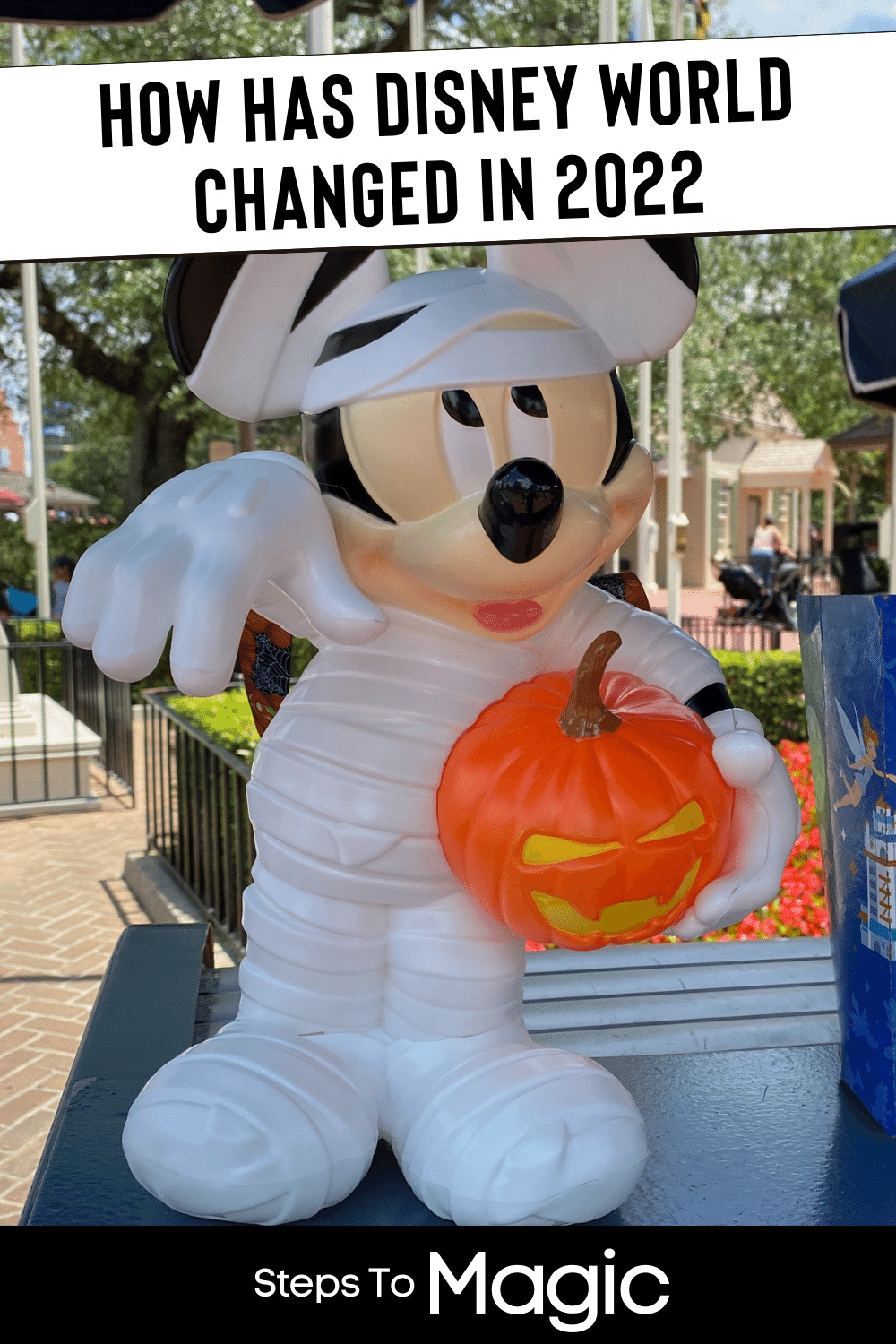 How to Have the Best Disney World Vacation