Want to be first in line at a Disney World theme park? Well that practise is known as “Rope Drop” and it’s been a fan favorite for years, especially for those who really want to get as much done as possible before the big crowds arrive mid-morning to mid-afternoon.

The idea is quite simple – Show up at the park early enough and you’re going to have the opportunity to be first in line for attractions and experiences that usually have long lines. Each park has it’s own quirks, so here’s a couple of things to know about it!

ROPE DROP IS NOT EARLY ENTRY

Early Entry is a perk for Disney Resort guests, which allows folks the chance to get into the parks for designated times on certain days. It’s scheduled far in advance, which means that you can plan your Genie+ reservations around your Early Entry plans.

Rope Dropping a theme park that’s ALSO doing Early Entry isn’t a smart move, as there are already thousands of guests in the lines that are usually walk-ons for the first hour of operations.

When you Rope Drop the Magic Kingdom, you’re going to be able to get a number of attractions done really quick…but there’s a couple of things to note.

Arrive 30-45 minutes BEFORE the posted opening time, as you can wander along Main Street USA and get classic Cinderella Castle photos. This is because in 2017, the traditional Opening Ceremony at the Train Station was moved to the main stage in front of the Castle.

Attractions open at the same time when there is NO Early Entry. On days where there is morning Early Entry, certain attractions are open while some are closed.

Why is this important? Well everyone who went to morning EMH are going to be lining up to experience the Haunted Mansion, Pirates of the Caribbean, etc with everyone else!

Is Rope Drop worth it at the Magic Kingdom?

On days when there isn’t Morning Extra Magic Hours, Yes!

Epcot has a two-stage rope drop, with the main turnstiles opening 15-30 minutes prior to the time posted for opening. After folks go through the first check point, you are held in front of Spaceship Earth for the “Opening Ceremony” with a performance by the Jammitors.

There are four “routes” to take:

Depending on whether or not you can get a Genie+ reservation for any of the four above will dictate whether or not Rope Drop is a good strategy for your party.

Please note that the World Showcase as a whole opens at 11am, and thus will have it’s own Rope Drop. Guests are able to visit the Norway Pavilion, Les Halles Boulangerie in France and very few other spots before 11am.

Similar to EPCOT, there’s a two-stage Rope Drop which includes the main entrance and then a performance in front of the Tree of Life.

From there, you’ve got a couple options:

The goal is to supplement your existing FastPass+ reservations, so if you’ve already got an Individual Lightning Lane for Flight of Passage and one of the others, it may be worth skipping the morning Rope Drop and sleeping in.

Is Rope Drop Worth it at the Animal Kingdom?

Honestly, we’ve usually skipped Rope Drop because there’s usually a late night activity that takes precedence the evening before and we just needed the sleep. With everyone basically going for the same attraction, it’s less of a rush to get stuff done.

Top Disney’s Animal Kingdom Attractions To Do BEFORE 10am

As the park starts to fill out, with Mickey & Minnie’s Railway and Star Wars Galaxy’s Edge, there’s more of a reason to go to DHS early. In fact, if you want to ride Rise of the Resistance, you’ll want to get there early!

You should grab a Times Guide upon checking into your Resort OR once you arrive at the Orlando International Airport from the Disney Store. This will make sure that you’re prepared for the various operating hours and what experiences are open & closed.

Hope this helps with your Disney World Trip Planning! 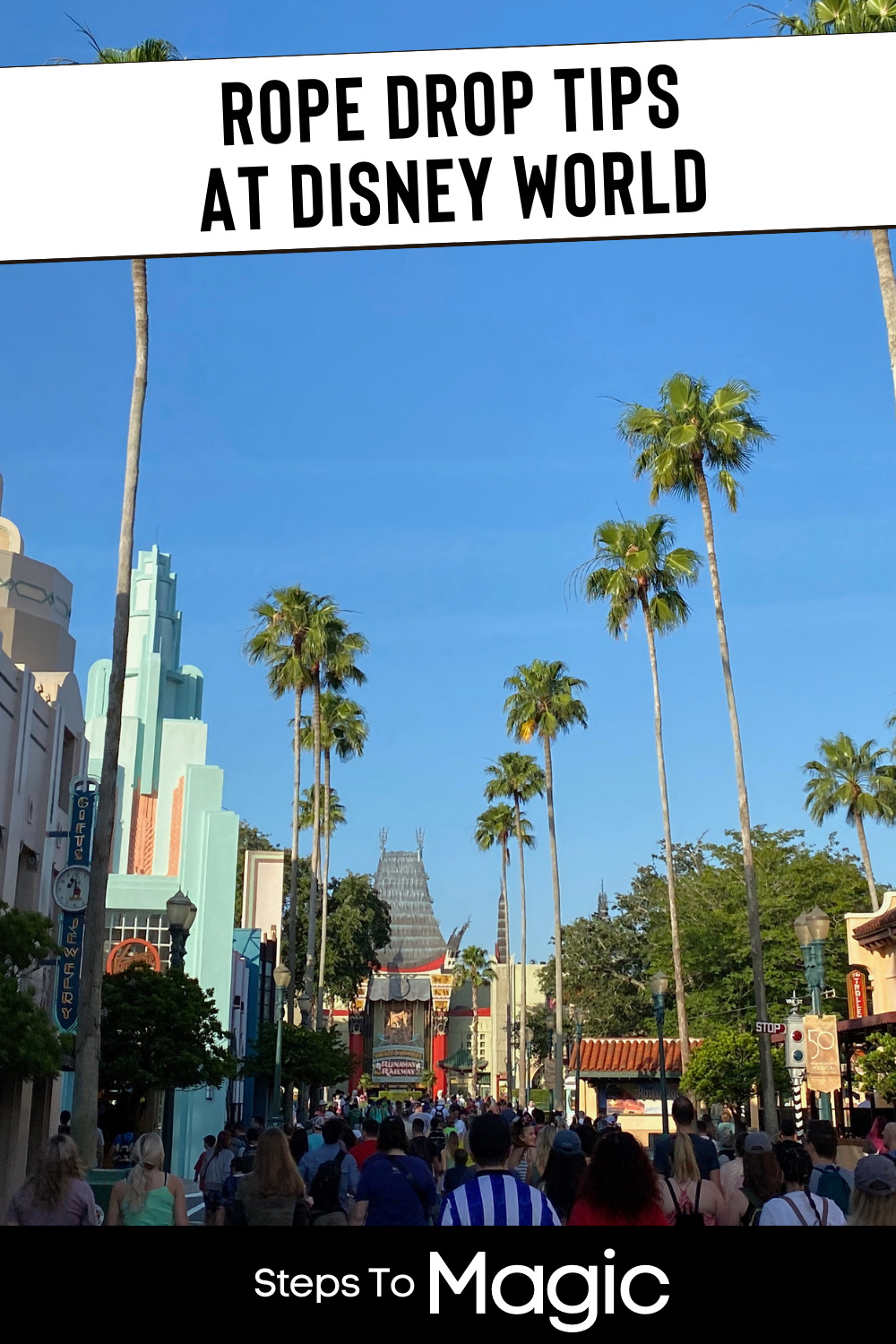 Things at Disney World that are Better at Night

Wasting Time in the Magic Kingdom